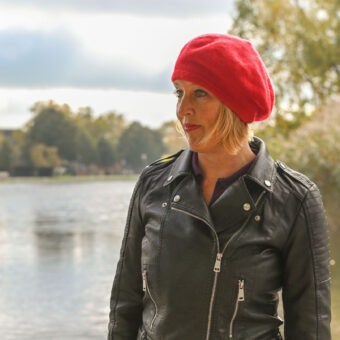 “What the caterpillar calls the end of the world the master calls a butterfly”.  Richard Bach

The caterpillar is gone, so symbolizing the end of something, but the Butterfly is born, symbolizing a new beginning. The limited view of the ego (caterpillar life) transforms into an adventure into a bigger life, the butterfly life. Which is focused on building an ecosystem. This natural event is also called ‘the law of transformation’. It is about an unprecedented change, whose effects are not yet certain. We are dealing with a situation in which we learn through trial and error how the (new) rules work. Where you end up is far from known.

In 1996 Marije van Zomeren experienced the first signs of social and ecological transformation at the York University in Toronto, Canada. Students there provided her with a product list for the supermarket. In this document many environmental and social ‘friendly’ and ‘unfriendly’ products were listed. The companies behind the concerned products were described in detail. These students did not spend their time at the beach during their holidays. They went tree planting in groups, in order to prevent erosion as a result of the clearcut. This was often the work of large multinationals. Marije envisioned that the ‘Canada way’ would become crucial inspiration for the future, also in Europe. Little did she know that soon after her exploring journey would start.

A year later she got the opportunity to put her vision and ideas into practice. Minister Pronk of Developmental Cooperation in the Netherlands asked her and another young talent to lead the way for transformation of development cooperation in-and outside the Netherlands. Afterwards she worked as a consultant for multinationals and innovative start-ups and scale-ups. She became the director of OneWorld The Netherlands, part of an international network in 12 countries. In 1½ year she turned this almost bankrupt organization into a healthy sustainable business, which had 12 people employed.

In 2004 she took the step to become an entrepreneur and started 100% Zomer. She developed several integrated sustainable business and services. From the jungle in Surinam and Uganda, the Hacienda’s in Costa Rica and in the large cities of the Netherlands. In cooperation with various business partners she acquired investment capital up till 1,5 million Euro and several subsidies. Marije became (temporary) director of the businesses. She applied all her knowledge and experience to create non-hierarchical network organizations. Prepared the employees to become more resilient to change. She succeeded, failed and learned in a continuous learning cycle. Marije worked and lived in 36 countries around the world. And managed to bring intercultural businesses and regions to a next sustainability level. She was asked many times as a keynote speaker to share her experience and lessons learned in the Netherlands and abroad.